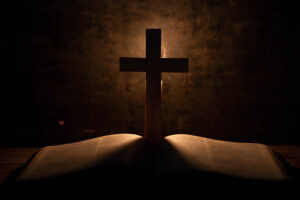 In this blog I continue the discussion of mysticism, the spiritual disciplines, and Reformed faith. I introduce Antony, the father of the monastic movement, critique the teachings of Richard Foster’s Celebration of Discipline, share my experiences with meditation before Christ saved me, and present the key elements of biblical faith. Christians who adhere to Foster’s teachings often give standalone authority to spiritual experiences such as visions, dreams, and intuition, especially if they contain biblical themes. In future blogs, I offer ways to use Scripture to test the source of spiritual experiences.

St. Antony of the Desert

Athanasius wrote the story of Antony, a wealthy, educated Egyptian Christian (AD 251–356). Disgusted by pagan culture, Antony sold his possessions, put his sister in a convent, and retreated to the desert to live as an ascetic for Christ. He believed that genuine faith required depriving his sinful humanity and relying on Christ. 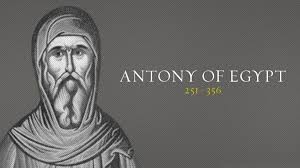 Antony eventually lived in an abandoned fort and subsisted on water during the day and bread and salt at night. In addition to depriving himself of sustenance and human companionship, he battled demons. The demons laughed senselessly, hissed, and manifested as bright light, holy figures, angels, and even the power of God. Antony sang psalms, recited Scripture, prayed to Christ, and signed the cross.1 Antony later emerged to preach and teach about the power of God over human and demonic evil.

The book was so popular that after Constantine legalized Christianity in AD 313, retreating to the desert replaced martyrdom as the highest expression of devotion to Christ. Monasteries dotted the desert and the monastic movement continued through the Dark and Medieval Ages into modern times. Ascetism and the spiritual disciplines were foundational to monastic life.2

Richard Foster reintroduced the disciplines to Christians in the 1970s, which is when Eastern religious practices and the New Age surfaced in American culture.

The turbulent 60s and 70s produced a strident individualism in America that encouraged people to decide for themselves what was right and true. Leaders of an alternative spirituality promised a deeper, more authentic spiritual experience than organized Christianity and Judaism. Richard Foster wrote his highly influential Celebration of Discipline: the Path of Spiritual Growth in this spiritual climate.

Foster turned to the disciplines of medieval Roman Catholic monastics as a corrective to what he perceived to be a doctrine-ladened, intellectual Christianity pervading America. Cognitive pursuits and Bible studies had their place, but in the main hindered genuine intimacy with God. God spoke directly to people in the Bible, e.g., Adam and Eve, Abraham. Christians should stop listening to others tell them about God and commune directly with him through meditation and disciplines such a fasting, solitude, and prayer.3

Foster wrote, “The Spiritual Disciplines are the means God uses for producing in us the needed transformation of heart and mind and soul.”4 Through meditation we create the space for God to construct an inner sanctuary in the heart where the divine-human encounter takes place. There as he imparts his grace and transforms us, we have union with God.5 While in altered states, Christians can tune into God’s frequency which makes prayers more successful. Additionally, using one’s imagination when praying enhances the effectiveness of prayers. For example, when praying for the sick, imagine the healing light of Jesus fighting the germs.6

Spiritual disciplines “call us to move beyond surface living into the depths. . . into the caverns of the spiritual realm.”7 Furthermore, Jesus sanctifies the imagination and imparts visions and spiritual experiences to teach Christians about the unseen realm. He offers insights and guidance on daily concerns.8 Praying God’s protection and his sanctification of the imagination assures Christians the devil cannot deceive them. Christians should have an experiential attitude toward the spiritual realm—an unwillingness betrays a prejudice.9

Notably, Foster rejected the monastic tradition of battling demons with Holy Spirit power, the Word, and prayers to Jesus. Many of Foster’s teachings and language reflect teachings of the alternative spirituality that emerged in the 70s.

The Alternative Spirituality of the 70s

I began meditating in the 70s, because I believed that my spirit merged with the spiritual frequencies of the divine or higher levels of consciousness. The spiritual realm imparted energy that enabled me and others to fulfill our potential as spiritual beings living in a physical realm. I relied on my imagination and intuition when communicating with the spirit realm—critical thinking and reason inhibited spiritual growth. Spirits communicated through visions, physical sensations, intuitions, and direct communication into the mind. They conveyed insights and guidance on personal situations as well as wisdom, truth, and information on the spiritual realm. I had no fear of evil because spiritual leaders assured me that my good intentions protected me. If evil did attack it was karma and for my own good. Like Foster I believed that spiritual experiences were superior to reading about the spiritual realm. I used the same meditation techniques Foster teaches in his book.

My Comeuppance and Salvation

One morning in January 1985, I awoke to hissing and cursing in my mind. To my horror, the spiritual evil that I didn’t believe in dominated my inner life. Two and half years later, spring 1987, Jesus saved me. The Holy Spirit broke the demons’ hold and told me to give Scripture authority over my inner life. I did.

Like Antony, I battled demons by praying Scripture back to God and calling on Jesus to protect me. I believed in my marrow that Christ would remove them in his time and way, and that the Bible was God’s revelation of himself, his creation, and his people. 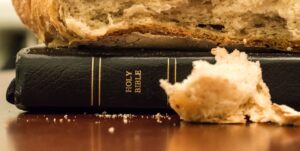 I read the Bible during silent retreats, morning devotionals, prayer meetings, worship services, Bible studies, and standing in line at the post office. My knowledge of Scripture and doctrine inspired deep intimacy with God. I learned that the Holy Spirit and Scripture worked hand and glove to teach and guide Christians in righteousness (2 Ti 3:16–17). With Scripture as the norm making norm, the Spirit within me communed and guided me to pursue the holiness of Christ.

Am I mystic? In ways I am—the Protestant variety—and so are many other believers who embrace the mystery of the gospel and love God and his Word. Within a few years of my conversion, demonic harassment diminished to a level I consider normal for Christians serving Christ in a world hostile to God. I wrote my testimony, Rescued and Redeemed: How to Discern Demon from the Divine.10

Without the Bible I could not have made it. I could not have tested the source of spiritual experiences, nor could I have comprehended my sin or God’s amazing grace, love, and gift of salvation found only through faith in the Lord Jesus Christ.

A Biblical Critique of Foster and Roman Catholic Ascetism

And we know that in all things God works for the good of those who love him, who have been called according to his purpose (Ro 8:28).